Franchising is a Team Sport 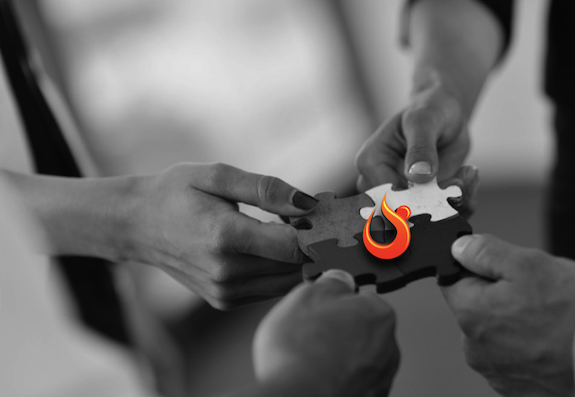 Franchising has always been a team sport. From my perspective, as a former competitive athlete, all business is a game, and therefore, a sport. And, when it comes to sports, I prefer playing on a team.

I have been involved in franchising now, as an entrepreneur, for over thirty years. I appreciate the challenges that small business owners encounter on a daily basis. I have always said that small business owners should be knighted for their service to the country. We face overly burdensome regulations that grow more onerous with each passing year it seems. In the face of that, it takes strong operational systems to win the game of business. You have to band together to make it work. This is why franchising as an entrepreneurial team is so important.

Franchising leads the way for small business ownership by allowing entrepreneurs to be in business for themselves but not by themselves. Being part of a brand team through franchising is an historically predictable path to success versus the mom and pop route. Ninety percent of all franchises are successful past 5 years as opposed to only 20% of non-franchised business start-ups.

I recently published a book, HOT EXERCISE. The paperback and hardcover were released to all of our franchise locations this week along with the ebook released on Amazon this week. The audible version will be released in January. In the final pages of the book, following the book conclusion, I wrote a final “lagniappe” chapter about the importance of franchising as a team. An excerpt is provided below:

In the late ’80’s and early ’90’s I was a licensee of three Gold’s Gym locations. At that time, Gold’s was “licensing” out their brand name rather than full on franchising of a system of operations. I really enjoyed being an owner of Gold’s Gym locations, and still love to take trips out to the original Gold’s known as the Mecca of Bodybuilding in Venice, CA. I always say that if you can’t get motivated in that gym, then you just can’t be motivated.

I still love that brand, but a business cannot stand on its name alone. One of the reasons that I moved on from ownership of Gold’s Gym was due to their lack of system standards at that time and the lack of uniformity amongst their licensees. The brand is most important, but the biggest advantage of franchise ownership is access to a proven operating system. A great system can catapult the brand to stratospheric levels.

After three decades of franchising, I can tell you that a franchise system MUST be viewed as a team. Teamwork is the only way that a franchise can thrive and succeed in the marketplace. Franchising is a difficult business model when compared to all company owned organizations such as Starbucks where each location is fully controlled by the corporate headquarters and can mandate uniformity from the top down with compliance held in place by employees who want to keep their employment. Franchising is more difficult because it relies on expansion through a federation of independent business owners connected together by a document know as the franchise agreement. Uniformity of the brand depends on adherence to that document and can at times be testy when brand standards are not met. The best way to keep the uniformity in a franchise organization is to view it as a team effort.

General Patton said “an army is a team.” A franchise is a team too!

When you view franchising as a team the entire organization makes perfect sense. The way I look at it is with the franchisor as the coaching staff and each franchise location as a player on the team. For HOTWORX and our sister brand Planet Beach it works very well as viewed in that paradigm. A paradigm is not just how you look at something, though, it is also how you think about something. With the franchising model, it must be viewed as a team but always thought of as a team too. Franchising flourishes when understood truly as a team with coaches and players striving to outperform each other and to surpass competitors from other brands.

With our corporate structure, the department responsible for support of the franchise locations is the Franchise Performance Department. The VP of that department is considered the “Head Coach” who supervises a staff of business coaches each responsible for training and motivating a group of 50 franchise locations that are each considered a “player” on their team. The performance score of each location “player” is their level of profitability.

Franchising is a team sport!

Fitness and athletics go well together, and for a fitness franchise like HOTWORX, “teamthink” resonates. Teamthink is always more powerful than an individual thinking alone. A great idea from one person has no power until it is manifested through action with a group of people. They say great minds think alike, and when multitudes of great minds begin to think and act for a team to build a special brand for everyone, magic begins to happen. The result is something extraordinary for the franchisor, the franchisee, and ultimately for the customer.

To inquire about franchising, or to learn more about the organization, please visit HOTWORX.net.

One of the most important structures to place into a franchise organization at the appropriate level of growth (usually when a franchise reaches 50 open locations) is a Franchise Advisory Council (FAC). An FAC is made up of franchisees nominated or elected by their peers to serve as owner representatives from regions where there exists a critical mass of franchise locations. FAC members meet with the Franchisor to provide feedback from the field and to participate in discussions to improve the operations of the entire franchise team. The importance of the FAC cannot be over emphasized. With the HOTWORX franchise, three official meetings are held each year and special meetings are called when needed for emergencies such as the COVID-19 crisis. Many system improvements have resulted from these meetings. A couple of ideas that resulted from HOTWORX FAC meetings include the implementation of our Virtual Personal Training program (that was transitioned to a home workout service during COVID lockdowns), and a new APP feature to allow customers to view available workout sessions by time rather than just by workout. Those are just two that come to mind.

Teamwork is a vital component for a healthy franchise organization.

A franchise is a team!