How You Hydrate Matters 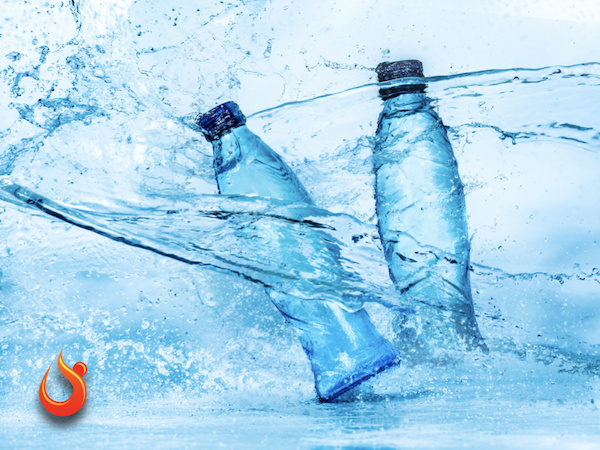 Drink plenty of water! How many times have you heard that? It probably makes you think of your mom or a school teacher telling you how important it is to drink water when you were a kid. It’s important to drink water, for sure, and it is especially important to hydrate when you train. But, the act of hydrating your body can be even more effective when you supplement the water with a nutritional additive.

It seems, sometimes, that people think about drinking water as an either or exercise, meaning either you are drinking plain water or you are drinking something else. The fact is, that you’re still drinking the same amount of water, even after it has been altered with supplementation.

I am an advocate of proper hydration before, during and after workouts. Water is not enough during a training session, though. I can give up this next story as proof.

Recently, I travelled to the island of St. Lucia for a corporate retreat with my colleagues and significant others. The highlight of the trip for myself, Jeremy Harwell and Todd Matherne was our scaling of a volcanic mountain, the Gros Piton. Prior to the climb I made sure to pack a canteen that had been filled with water mixed with an electrolyte/amino powder blend that would be perfect to give me what I needed for the trek up the mountain. Unfortunately, as I crossed a small stream at the base of the mountain on the beach, I slipped on a rock and the water bottle bounced off of my belt and escaped into the stream as I watched it head out to sea. That was not a good start for that climb. Fortunately for me, Jeremy had packed a few extra electrolyte gummy tablets. Sure enough, about half way up the Gros Piton, my body began to shut down its productivity as it was craving nutrition. I felt seriously depleted at that moment. Jeremy offered me a few of those electrolyte tablets and almost immediately after taking them in, my body recovered fully! It was like magic.

The moral to the story is… Give your body what it needs when it needs it, and know that water alone is not enough during a great workout.

I recommend using a powder supplement to your water during and after your infrared sauna workouts. HOTWORX has developed a “During and After” powder that is awesome for training and is easily mixed with your workout water.

No doubt we are all looking forward to leaving 2020 behind and now is the time to plan for an awesome new year of fitness. As you begin to think about how you might change your regime for better performance in 2021, consider improvements for how you hydrate!