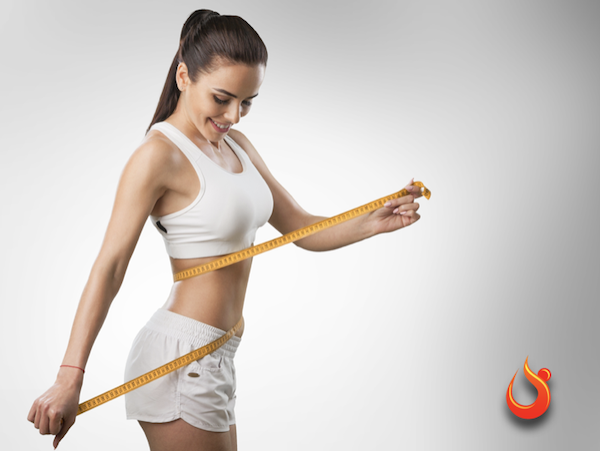 High intensity interval training, or HIIT, has proven to be more effective than traditional workouts with respect to using fat as fuel, especially when combined with an infrared heat environment such as the HOTWORX fitness sauna.

Excess post oxygen consumption, or EPOC, is much higher with HIIT due to the oxygen required by your body for recovery following the sets of high intensity training.  The infrared energy and heat of the workout environment immediately works to elevate your heart rate as well.  The EPOC, or calorie after burn, is greater when compared to other forms of exercise.  Greater calorie burn usually equates to more fat loss.

Infrared HIIT will send your body into EPOC more rapidly than other more traditional forms of exercise. “This in turn will elevate the consumption of fuel and in particular the body’s fat stores.”¹

Infrared training is a method of producing heat shock proteins and HGH naturally within the body.  “The release of HGH is just one way that hyperthermic conditioning increases muscle growth. It also reduces the amount of protein degradation that naturally occurs during both muscle use and disuse. As a result, this increases the net protein synthesis in your muscles, which ultimately promotes muscle growth.”²  Hyperthermic conditioning by way of a definition simply represents the act of allowing your body to acclimate itself to a heated environment such as an infrared sauna.  Of course, when body composition changes to a higher muscle content, lipids can be used more effectively as a source of fuel.

Large amounts of lactic acid is produced while performing HIIT, which also aids in the production of HGH.

“What is the Effect of HIIT on Impacting Fat Loss and Weight Management?

Boutcher (2011) observes that the striking surge in epinephrine and norepinheprine from HIIT training may serve a catalyst role for improving fat loss. Both of these fight or flight hormones (also known as adrenaline and noradrenaline) have been shown to drive lipolysis (the breakdown in fat), and are largely responsible for fat release from both subcutaneous and intramuscular fat stores (to be used for fuel in exercise). Specialized adrenergic receptors on fat cells are known to activate lipolysis (Boutcher). Interestingly, more adrenergic receptors have been found in deep abdominal (also called visceral fat because it surrounds the internal organs of the body) fat as compared to subcutaneous fat. Boutcher asserts that HIIT may thus have the potential to specifically lower abdominal fat stores, which have been implicated as the unhealthy fat depots in the human body. Kessler et al. (2012) summarize that it appears that at least 12 weeks of HIIT is needed in order to have notable changes in body weight and or percent body fat.”³

HIIT can be an excellent workout type if fat loss is a priority.  Add infrared HIIT to your 90 day challenge and see where your physique takes you.  Just three days per week and 15 minutes per HIIT session can make a huge difference in your body composition.

HOTWORX promotes a rolling 90 day challenge through its “burn off” app that is available for members to use to track their workout calorie burn and one hour after burn.  Twelve weeks, or 90 days is the magic amount of time that is necessary to create a lasting change for a fitness lifestyle.