Kick the “Ash” Out of Cancer 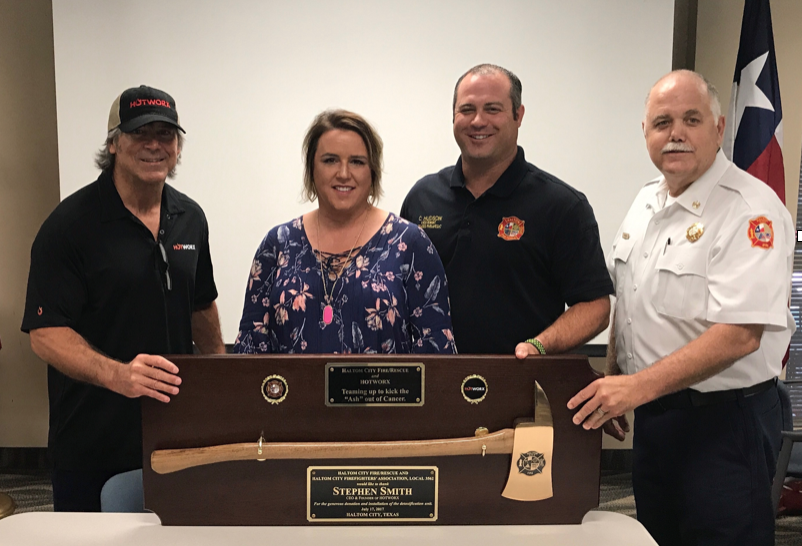 Firefighters battle against untold numbers of toxins as they perform their duty in selfless service to our communities.  When battling fires, cancer causing toxins are absorbed by firefighters through their skin and should be removed through detox as soon as possible.  “68 percent of firefighters develop cancer, compared with 22 percent in the general population.” https://www.usatoday.com/story/news/2017/05/16/greenfield-firefighters-get-sauna-sweat-out-toxins-fires/322414001/

HOTWORX was honored to give an infrared workout and detox sauna to the firefighters of Haltom City, TX recently.  Due to the efforts of the HOTWORX Studio franchisees Chaise and Shanee' Hudson, the unit was donated and dedicated to Fire Chief Perry Bynum and the firefighters of the Haltom Fire Station #1. Chaise is also a lieutenant at that station.  HOTWORX has pledged to donate saunas to the other two fire stations under the command of Chief Bynum in the very near future.

Chaise & Shanee’ next to the fire station unit.[/caption]

HOTWORX was presented with an incredible plaque and ceremonial firefighters axe at the donation event as shown in the photo below.  Part of the plaque read: “Haltom City Fire/Rescue and HOTWORX Teaming up to kick the “Ash” out of Cancer!”

As a result of the first sauna being donated to the Haltom Fire-Rescue station, a new program has been created to donate at least one HOTWORX sauna per year to a fire station that has been nominated by a franchisee and possibly more than one per year as the HOTWORX organization grows and expands.  All nominated stations that are not selected to receive a donated unit will be entitled to purchase one for 50% off of the list price for the sauna and 50% off of shipping and white glove installation.

Additionally, all participating HOTWORX Studios and Planet Beach spray & spa locations that have HOTWORX saunas will grant a permanent 20% membership discount to all firefighters.

We would like to send out a big thanks all firefighter's for their bravery and service to all of us. In the future we look forward to helping as many firefighters as possible in their constant battle against cancer causing toxins.  Let’s kick the “Ash” out of cancer together!