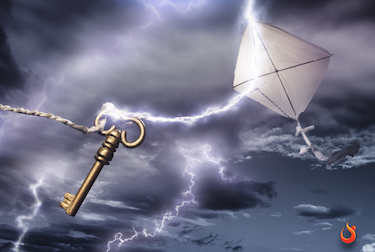 Your personal “power” is important to your fitness! That said, let’s dig a little deeper to understand what power really is.

The short answer to the title of this article is that the power of something, whether mechanical or natural, is the measure of what that thing can do in a certain amount of time. I am intrigued by this because I am a believer that time is the most valuable commodity we have. How we use time determines our trajectory in life. In physics, power is defined by the equation below:‍

For example, a car that has an engine rated with more horsepower can propel itself faster in a shorter duration of time, meaning it can perform more work in less time. The generally accepted power rating for a car is how fast it can accelerate from 0 to 60 mph. Power ratings can be created for all machines and even for productivity of businesses and human beings.

We can apply the power equation to any machine, business, or person for that matter. In fitness, think about your workout. The workout itself is more powerful if you can achieve more results from it in a shorter amount of time.

Many people would consider Benjamin Franklin to be a “powerful” historical figure in American history. Let’s take a look at his legacy of productivity…

Ben Franklin was born in the early 1700’s in Boston.  His dad was a candle and soap maker named Josiah Franklin, who fathered 17 children. Franklin’s formal education ended at age 10 and he began his career as a printer’s apprentice. After a dispute with his brother he moved to Philadelphia where he went on to work as a printer and then became a successful entrepreneur founding the Philadelphia Gazette and Poor Richard’s Almanack.

We have all heard the wise old adage that states, “Early to bed, early to rise, makes a man healthy, wealthy and wise”, but you may not have known that it comes from Franklin’s almanac.

Ben Franklin also developed a library, an insurance company, a hospital and a school that would later become the University of Pennsylvania. Not to mention, he became one of the founding fathers of the United States and a signatory to all four foundational documents for the country including the Declaration of Independence, The Treaty of Alliance with France, the Treaty of Paris peace accord with Britain, and the U.S. Constitution. I think we could say that Ben Franklin represents the definition of personal power. But wait, didn’t he do more? Well, he did not discover electricity, like most think, but he did make the connection of lightning to electricity on June 10, 1752 by flying a kite during a thunderstorm and collecting ambient electricity into a jar! This is important to note for a blog post on power. Why? Because the collection of electricity and then accessing it for energy is the modern method for creating power. Learning this is helpful in understanding how you can create personal power for yourself in fitness.

Franklin’s electrical experiments spanned a decade and led to terms that we use today such as battery and electrician. He also invented the lightning rod to protect ships and buildings from a direct lightning strike. So, the next time you turn on the lights or your TV you can think about the power of Ben Franklin!

Collecting energy for the creation of power is as important to a human as it is to a machine. Human power comes from the energy collected mentally and physically. For our minds we collect information as energy to translate into brain power, and for our bodies we collect nutrition from what we eat and what we absorb through our skin for physical power. ‍

You can power up your fitness program with infrared energy.‍

The HOTWORX workouts are known as 3 Dimensional Training due to the combination of exercise + heat + infrared energy. With 3D Training your body absorbs infrared energy as a source of power to your metabolism! Combine that with motivation from brain power and you’ve got yourself a personal fitness power station!

So, collect your energy and unleash your power 👊🔥