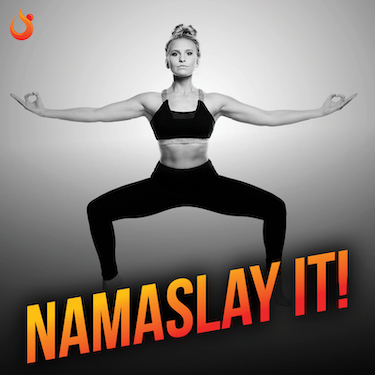 This is my third year in a row now to travel to Tulum, Mexico which is considered to be one of the world’s top yoga retreat destinations. I highly recommend it if you are looking for a vacation that involves fitness. While I did enjoy taking the different yoga sessions, I soon began to wish that I had access to a HOTWORX yoga session down here. I prefer the 30 minute sessions and the athletic style of HOTWORX Hot Yoga as opposed to the 1 hour to 90 minutes of non-heated yoga. You don’t know what you’ve got until it’s gone!

The faster paced, 30 minute athletic style yoga provided by HOTWORX suits me best. It’s more intense, faster, safer, and more effective for those reasons and for the fact that you are practicing yoga inside of an infrared sauna at 125º F. The intense zero impact approach to cardio is a safer, more productive method for the modern fitness enthusiast. Today’s fitness customers want faster results with less chance of injury.

Speaking of evolved yoga styles, read the excerpt below from my book, HOT EXERCISE:

No offense, but the days of Richard Simmons–style workouts have long passed. In the modern world, customers want more than old-school aerobics. People want more out of the time they have for fitness. People want more, and fitness professionals have responded with new and better workouts! Companies like HOTWORX® have responded to this demand with more efficient workout tools and routines.

As a result of this new fitness reality, the discipline of yoga has made a tremendous leap forward into the mainstream of the industry through many expanded methods and styles. One such method is a more fitness-oriented, athletic style of yoga.

As stated by wanderlust.com, “Yoga has shifted from being a form of physical therapy to being straight-up exercise.” Modern yoga forms such as that of HOTWORX® deliver more of a “Namaslay it” approach to yoga, giving clients therapy- and athletic-style exercise.

HOTWORX® yoga was created to meet the demands of the 21st-century fitness customer who wants “more workout in less time.” HOTWORX® Hot Yoga incorporates a fast-paced, athletic style with active-recovery (due to heat and infrared energy) training sessions for beginners and advanced fitness enthusiasts alike.

If you are up for an evolved version of yoga, then you should plan to give yoga in a sauna a try. HOTWORX invented yoga in an infrared sauna, with a more athletic approach so that clients can obtain more workout in less time.