Yoga in a Sauna 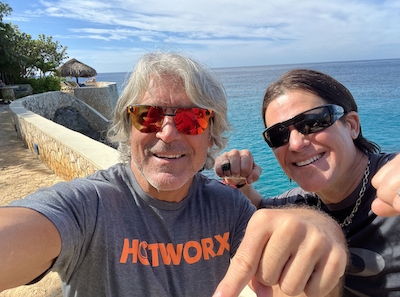 Looking back, it was a year of self discovery for me, but also one of business discovery. It was a year of self discovery due to a change in my personal fitness path. I found yoga, or maybe yoga found me. Either way, I had begun a hot yoga routine called the Bikram method and was determined to get good at it for a way to improve my cardio and flexibility. I had no idea, though, that it would lead me to the most profound business change in all of my entrepreneurial career.

Back then, I had spent the better part of more than a decade as a franchise CEO trying to find a way to break out from an industry that had been decimated by the Great Recession and governmental regulation. I am speaking of Planet Beach and the aftermath of the collapse of the indoor tanning industry. The industry shrank by approximately 80% in a very short period of time. It was a rapid decent…actually, it was a free-fall.

For me, stating it mildly, it was a very difficult time to be a CEO of the largest tanning salon franchise in the industry. It was difficult for all of us in the organization. Fifteen years of hard fought franchise growth had evaporated just like that! We had to downsize our corporate team from almost 100 people to less than 20 in a very short amount of time. But, what doesn’t kill you, or your organization, will make you and your organization stronger, as long as you don’t give up. Those of us who survived the fallout and remained in the organization became tough as nails. I work with that core group every day and am so grateful to be on they same team with them to this day!!

When life throws lemons at you, MAKE LEMONADE!!!

So there I was at the end of 2013, CEO of a franchise that was a fraction of what it used to be. I was back to square one it seemed, and I had been at the drawing board for a long time trying to figure out a way back to growth, but with no luck. It was time to create luck! I needed to find the courage to win again. A shock to my system was way overdue, a cold slap in my face was in order…something very uncomfortable was needed. I thought, “why not do something with my fitness routine?”

Fitness has always been my first love. I’m 58 now. Forty years ago, at the age of 18, I went to work part-time for a gym during my college football offseason and fell in love with the health club culture and business. After sports, I continued my fitness but the routine became just that, a routine of weights and traditional cardio. I needed to cross-train. Fast forward to 2013… I had been stuck in the same training rut for over 30 years. It was time to spice things up and reinvigorate. It was time to face the unfamiliar to me in my fitness, change what I was doing and make a freakin’ move. I needed to do the same in business, but it took a cold slap to my fitness program as an umph to get me out of my business funk.

As an athlete, I knew full well that pain must come first in order to achieve gain. For this former football player and competitive bodybuilder, something beyond weight training and a treadmill needed to happen. I decided to try yoga, but not the traditional yoga, it had to be hot yoga.

It was almost 2014, I was in Miami for the new year, and that is when I walked into a yoga studio for the very first time. Even though that first Bikram session kicked my ass, it instilled a newfound determination into my psyche. From that moment, and to this day, I am a hot exercise believer. So much so, I decided to write a book that I entitled, HOT EXERCISE.

I suppose it was inevitable, as an entrepreneur, that my thoughts in 2014, after taking on a yoga practice, would lead to a yoga business question, which was, “How can this be improved and sold to the public in a different and more beneficial way?”

And then came yoga in a sauna…

In August of 2014, myself and a group of colleagues went on a retreat to a magical little place in Negril, Jamaica, The Caves. We just returned from our third trip to the Caves two weeks ago on our Employee of the Year trip, which is what inspired me to write this blog article. Say hello to Leon if you ever go there. Back to the story. It was on the cliff at the exact spot where I am pointing to in the photo, that Jerome, who is pictured next to me, after a long conversation about fitness, yoga, and workout recovery, made the statement, “Dude, they should do yoga in a sauna”.

Enlightened by what he had just said, I told Jerome that I was going to go back to New Orleans and design an infrared sauna for just that purpose.

Burn the ships! It was time to take the island! Life would never be the same for me and our organization after that split second in time. I gained certainty in that moment. The big problem had been solved. The search for a new purpose was over. It was time to take massive action on what would become the patented HOTWORX infrared workout sauna.

At HOTWORX, we say that yoga in a sauna is BEYOND HOT YOGA! Indeed it is. In fact, what used to take me 90 minutes to accomplish with hot yoga only takes 30 minutes at HOTWORX! We expanded BEYOND HOT YOGA to include Hot Pilates, Hot Bands, Hot ISO, Hot HIIT and more to include over 10 different workouts for customers to cross-train with.

I tell that story to make this point. You have to understand that business, like warfare, is a game of strategy. Sometimes you go through long periods of retreat and then stalemate to find your way forward. You may have to invent a new product as your weapon for a new strategy to finally break out into the open. I think I heard one of our virtual trainers at HOTWORX say that there is always a breakdown before the breakout. So true.

The one thing that you can take to the bank is that if you think about a problem long enough and hard enough with the intent to find a solution, and if you place your body and mind outside of your normal, or your comfort zone, you will find that solution.

I used to ride a Harley and when I would ride, the combination of freedom and focus on the road made me think of things I wouldn’t normally think of. I was outside of my norm. I experience the same thing with hot exercise. Hot yoga inspired the conversation that led me to a new life. When I train in an infrared sauna I sometimes think of solutions to problems that I wouldn’t think of anywhere else.

I hope my story can inspire others to workout in an infrared sauna. It has been the most positive and transformational change that I have ever experienced in my life. The mental and physical benefits of hot exercise are numerous, but remember this: hot exercise can trigger thoughts that will help you to solve problems, big and small on a continual basis.